June Long Weekend – let’s do the High Country in winter!!

Someone had a good idea around the camp fire at Xmas . . . A SNOW COVERED CRAIGS HUT on Mount Stirling in the Vic High Country.

Let’s do this again in WINTER!!

And with that came a lot of planning and researching.
Should we camp or stay in town?
What tracks are going to be open, and which ones will have snow?
If the tracks get closed how are we to get up to the top?

Whilst researching I found the Vic Gov DSE Interactive Map is great, as are the guys at DSE in Mansfield itself.

No better reason for a winter 4wd trip . . . than to see a snow covered Craig’s Hut.
Such a shame the snow had all melted by the time we got up there.

We set out bright and early up Buttercup Road, left onto Carter’s Road. A quick look around Tommahawk Hut off the Buckland Spur Track, then back onto Carters Road to the junction of No 3 track.

The No 3 Track leaves Caters Road at what appears to be a small quarry, not far from the Buckland Spur turn-off. Turning right, the No 3 track climbs up and along the ridge line away from Carters Road. This weekend is very popular and we met the local Mansfield 4wd club, also out on a pre-season closure run.

Continuing to climb until we were in the snowline, we stopped for a catch-up at the junction of the West Track, which is a short cut down to the King River, our lunchtime destination. We heard over the UHF this track was blocked by fallen trees, so we continued straight ahead along No3 track towards the No 3 hut. Stopping at No 3 Refuge hut we took the opportunity to have some snow play time, some people are still 10yrs old at heart.

The Hut has a drop toilet, albeit in a very picturesque spot right over on a ridge, it was freezing around the nether regions.

Once back on the No 3 track we eventually made the left turn out onto the Circuit Road, well after the locked gates at Telephone Box Junction. Continuing along the northern loop of the Circuit Rd we made the left turn onto the King Basin Road, which leads down to Pineapple Flat, for lunch.

So much warmer down on the river, the sun was shining and the forty farts was cooking the sausages for lunch. Everyone was very jovial and chatty, with discussions focused ‘on where to next’.
After lunch, with everyone full of sausage sambos and Emm’s chocolate chip cookies, we headed along the King River Track.

Following the King river Track there
are heaps of water crossings before reaching King Hut.

Our next destination was “The Staircase“. However, we met some dirt bike riders that informed us that this road was also blocked because of fallen trees. In lieu, we turned right up the Speculation Road to re-join the Circuit Road.

Traveling along this section of the Circuit Road we became aware of how much damage the recent storms had devastated these parts the high country.
DSE and 4wd groups had been out clearing tracks but, the further along we went the more damage was evident. You would not have wanted to be up here during this storm, what a mess.

We finally reached the junction of the Bindaree Hut Track and the Monument Track, we were almost at Craigs Hut. It was easy going from here; the Monument Track isn’t hard, so we turned right. However, the Monument Track soon proved to be an adventure in itself. The Turbo Diesel IFS Hilux moved off the track to allow oncoming traffic to pass, little did they realise that being polite was going to cost them a winch out. The track was fast becoming a black sticky and slippery mess with the melting snow and number of 4wds sliding down.

Going up was going to be more difficult than first thought…

As we had the lead, we were at the top of the track during this recovery, the Troopy got to use it’s Ironman4x4 Monster winch to pull the Hilux up this section of track. From here they were able to give it some right foot and climb the rest of the track unassisted.

The others soon followed as we held the constant stream of descending 4wd’s at the top of track allowing everyone a clear run at the slop. The petrol IFS Hilux gave it the berries, they weren’t going to get stuck on that corner.

The others made it up without any dramas, but what a great bit of track. Arriving at Craig’s Hut unscathed we were all glad to get out and let off some steam, and it was quite cool! Disappointed that all the snow had melted, it was only left in patches in the protected spots. This trip was still well worth the effort.

The return journey proved to be just as enjoyable, with all this traffic the No3 track was a sloppy slippery mess with heaps of corrugations.
Fun

And as last light was fast approaching, the fog across the top was closing in. Thoughts of home and rumbling tummies reminded us to organise the most important part of every trip, DINNER.

The decision was made to have a Pub meal due to the hour and our expected late arrival back at Mansfield.

The Hotel Delatite was great, fast and fresh food with a very enjoyable atmosphere.
At the bar we chatted to one of the locals we had met on the track earlier in the day. Their club were also enjoying a meal at the bistro, and as were some of the other boys we met at the top of the Monument track.

The end of another day; a few bevies with good friends and plans for the next days adventuring.
It was a great day out doing what we love, 4wdriving. Link to our Easter 2011 trip when the weather was much WARMER !! 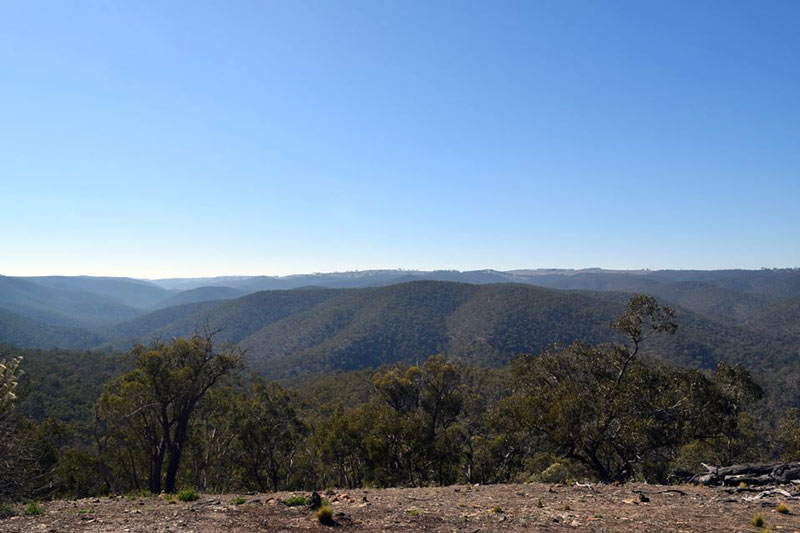 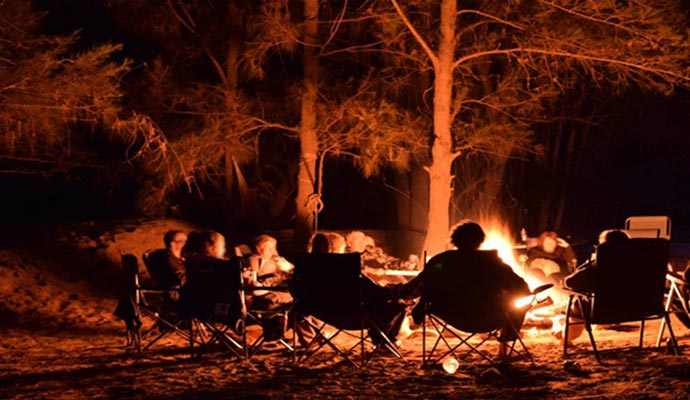 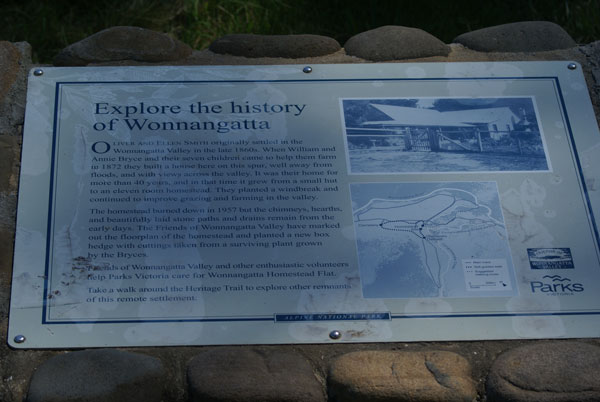